Last week we had a chance to visit Mastermind Vodka for a Tour and Tasting in Pontoon Beach, Illinois. Mastermind is 100% American-made, has sold over 12,000 bottles and is in over 600 bars and restaurants in the St. Louis and Chicago area. All within a year of being released in November 2011.

The tour started with you guessed it: tasting! I opted for a vodka and orange juice and my husband choose the vodka and cranberry. First taste and I said “Is their vodka in this?” Our tour guide, Travis McDonald laughed and said people have often said it’s so smooth that they think it’s just water.

Travis went on to tell us a little about the background of the brand. Owner Carl Levering first started to experiment with making vodka when he realized all premium vodka out was are not American. His goal was to create a 100 percent American-made super premium vodka. 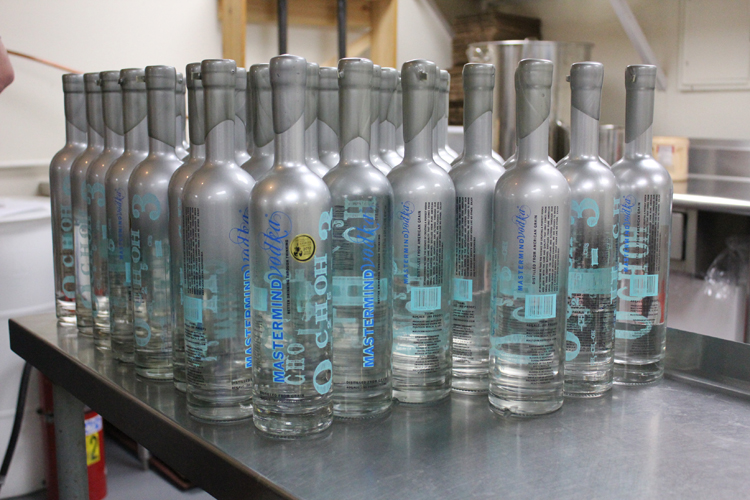 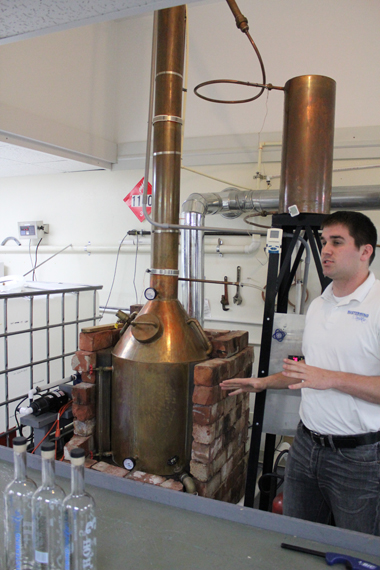 To the left, you’ll see the copper still the vodka is cooked in. The vodka takes one to two days to cook, three days to ferment, one day to distill, one day to charcoal filter and one day to batch.

Travis went on to explain that Mastermind Vodka’s super smooth taste is partly due to the fact that their vodka is distilled 6 times. Just to give you a comparison, a brand like Belvedere is distilled 4 times and Grey Goose is distilled 5 times.

The smooth taste is also due to the high quality corn ingredients and because Mastermind does not use any impurities when they bottle their vodka. What does that mean? Check out the below photo and think of all 7 bottles as entire batch of vodka. The first three bottles are the heads of the batch. The last three bottles are the tails of the batch. The middle bottle is the “heart” and that is the only part that is used in Mastermind Vodka. If you have ever had a few vodka drinks and ended up with a horrible hangover, it’s because lower quality rail drinks include the impurities-aka the heads and tails. 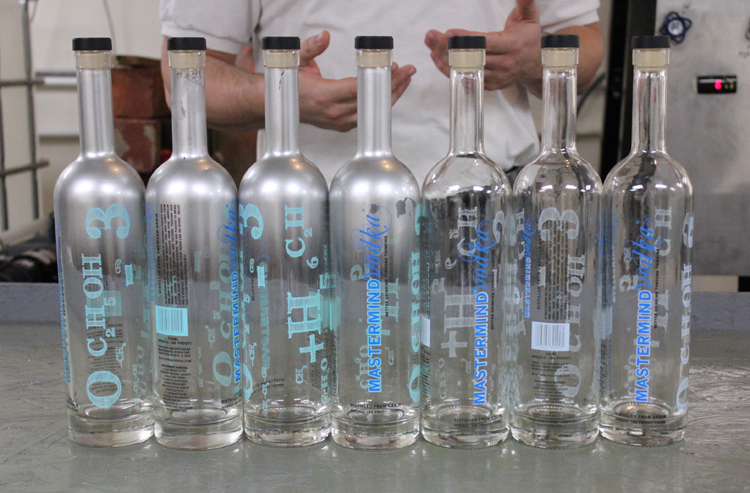 The only piece of equipment in the Mastermind Vodka warehouse that is not American made, is the below bottler. They searched high and low for U.S. made one, but they are only produced in Italy. Just like they are committed to using quality American-made ingredients, they also try to use 100% American made equipment. 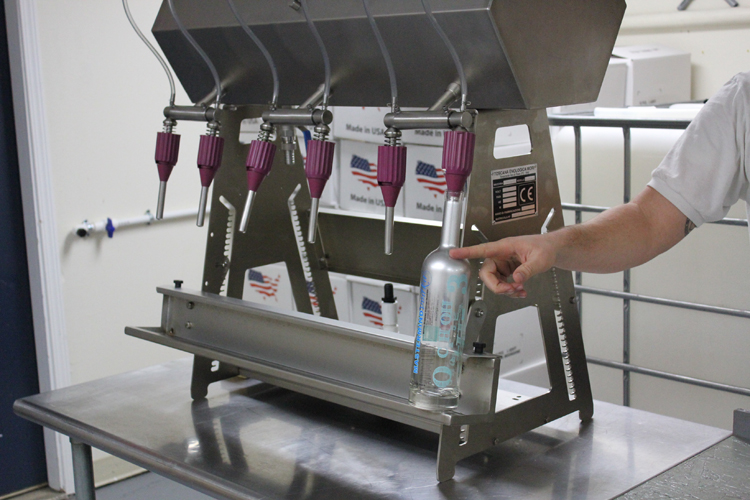 Travis told us a great story about the wax they use on the bottles. They at first let the wax drip down the side, because they thought it looked cool. But then they got a call from one of Maker’s Mark’s lawyers, who said wax dripping is copyrighted by Maker’s Mark. The owner’s response? “That’s cool as shit that Maker’s Mark knows who we are” – Ha! The back of each vodka bottle says:

“Distilled from American Grain. At Mastermind we take the science of creating a perfect vodka and join it with the care and quality that only comes from small hand crafted batches. Distilled from pure American grain. Grown in the Heartland and filtered through our custom blend of activated charcoal. We are pleased to bring you a uniquely smooth and crisp vodka like no other.” 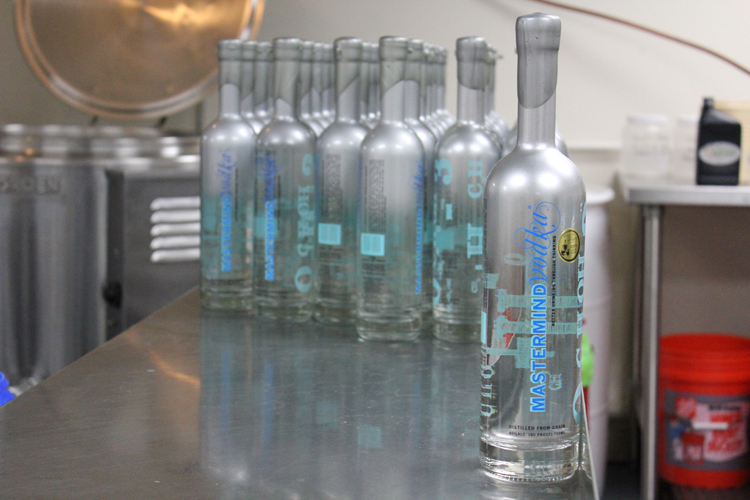 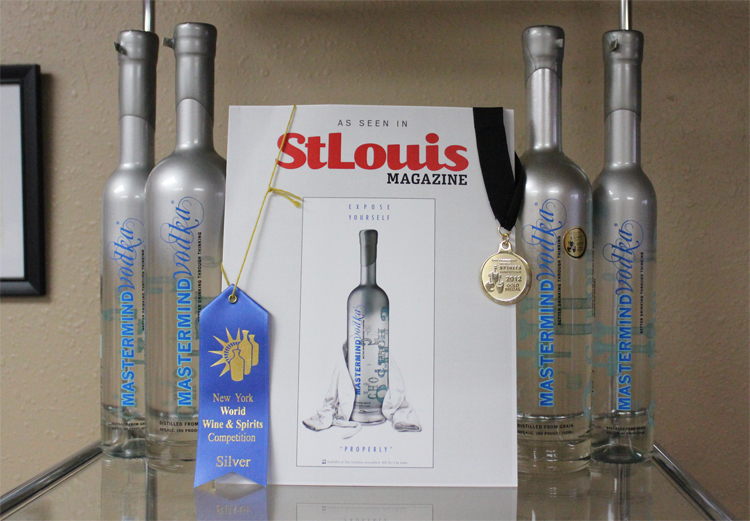 Owner Carl Levering also dropped in and offered to sign a bottle: I had him make it out to Grapes, Hops and Stops: Since our tour we have been experimenting with the vodka. Tasted a little straight, had some with Sprite and also made some spiked hot chocolate to welcome the cold winds we were having earlier this week. We really love how smooth it is and when added to drinks, it just gives it a kick not an overwhelming (or underwhelming for that matter) taste. It’s a perfect stocking stuffer!