The Wild Vine: A Forgotten Grape and the Untold Story of American Wine 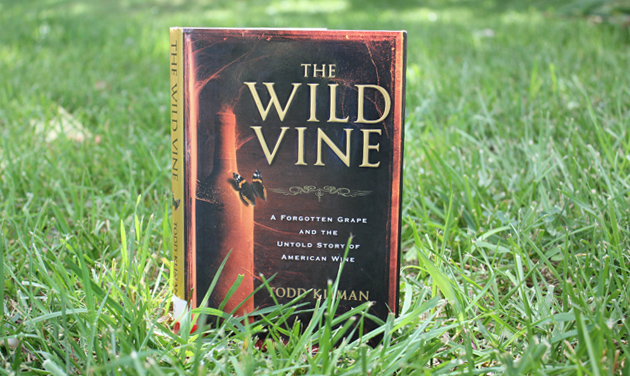 As often happens with books and myself, I hear about a book from multiple sources simultaneously. The book The Wild Vine: A Forgotten Grape and the Untold Story of American Wine, was no different. Mark from Midwest Wine Press sang its praises, and I saw a video clip with the author on the Regional Wine Taster.

The Wild Vine, written by Washingtonian food and wine critic Todd Kliman is a fascinating journey in finding out the origins of the little-known American grape, the Norton.

This book is not just a historical play by play, but rather reads like a story. He covers his own modern day discovery during a black out in Washington, DC and talks to current Norton fans and growers, such as Jenni McCloud and the Helds at Stone Hill Winery.

Let’s face it some history books can be a bore, but this book was riveting. For over 200 years, Americans failed at growing grapes in the US. This book not only covers the Norton’s history, but also discusses other American regional grapes and other key important figures in America’s wine industry. For instance, Thomas Jefferson was a huge wine fan and spent much of his salary on wine & trying to get various European grapes vines to grow during his 8 years in office.

It follows the journey of Daniel Norton as he tinkered with some native US varieties in Virginia and invented the Norton. He was pleased to find when Norton was young it tasted good, and when it aged it tasted even better. Thanks to a New York grade seed catalog, the Norton made its way to Missouri which, back in the 1800’s, was the winemaking capital of the United States. As a Missouri native, I kept thinking – I know Norton is Missouri’s state grape, but how did I not know Missouri used to be the winemaking capital?

While reading this book, I could not stop talking about it to everyone I knew. Some of my conversations where based on “Did you know Hermann, MO was built primarily for wine production?” or “Did you know the Norton won a gold medal at the international exhibition in Vienna in 1873?”

My own first experience with a bottle of Norton was when I designed the Villa Antonio Winery logo in 2005. Being a young whipper snapper I volunteered to design the logo for trade in wine. This experience really exposed me to the different varietals that were growing in Missouri, including the Norton. From then on, any local Missouri winery I’ve gone to, I’ve gone straight for the Norton.

I will warn you, you will want to have a glass of Norton while reading this book. I kept thinking, is the Norton really how good I remember it? Is it really how he describes it – earthy, wild and full bodied? The descriptions by Kliman were down right mouth watering. I found myself driving to my local wine store and picking out a 2008 Norton from Stone Hill Winery. The first drink delivered a sigh of “Ahhhh, perfect.”